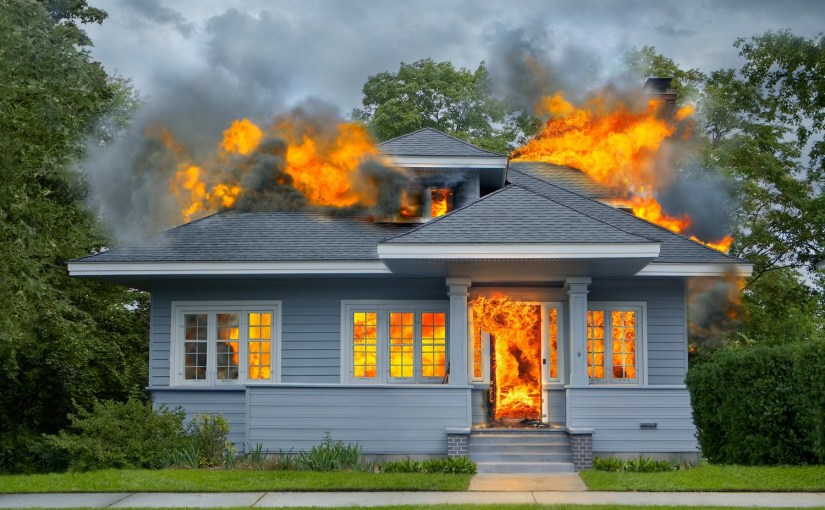 The case in Azami v. TD Home and Auto Insurance[1] arose out of a fire in September 2012 that destroyed the plaintiff’s home. Following the fire, the plaintiff made a claim with the defendant insurer under his homeowner’s insurance policy for the loss of his home, its contents and living expenses. During a pre-trial motion, the plaintiff moved to exclude certain evidence relating to two matters of pre-loss conduct.

First, the plaintiff sought to exclude evidence regarding a prior loss. One year prior to the present loss, the plaintiff made a claim related to a different fire under a previous homeowner’s insurance policy issued by the defendant. The defendant investigated the incident and accepted the claim, as it found the fire to be of indeterminate cause with no evidence of arson. After extensive renovations paid for by the insurer, the plaintiff sold the previous property at a profit, before purchasing his current property a few months later.

Second, the plaintiff sought to exclude the plaintiff’s mortgage application for the current property. In 2012, the insured purchased the current property and financed the transaction with a mortgage from Home Trust. When he submitted his application to Home Trust, he included a fictitious employment letter misrepresenting that he was employed as a Human Resources Manager at Century 21 Realty Inc., with a fictitious paystub. In reality, he was unemployed.

As noted above, in 2011, the insured suffered a fire loss where he claimed insurance and received proceeds which he used to purchase the current property. In 2012, the insured listed the current property for sale less than one month before the fire loss and received no offers. The insurer’s theory was that the insured intentionally set fire to his property to improve his precarious financial situation through another insurance claim.

The insured argued that the insurer’s use of his past conduct was against the evidentiary rule prohibiting the use of bad character evidence and that the insurer could not rely on any recognized exception to that rule. The insured claimed that admitting the evidence would “cast an aura of suspicion over him by suggesting to the jury that there is something peculiar about a person who has two house fires within 18 months”.

The court found that while the prior loss may have been relevant to the issue of the insurer’s bad faith, it had little probative value and its exclusion would not prejudice the insurer. The court noted that there was other evidence the insurer could rely on to argue that the insured could not escape his financial circumstances by ‘flipping’ his house for a profit. The court was also concerned that the indeterminate cause of the first fire would raise questions in the juror’s minds and would compel the plaintiff to lead responding evidence. This would substantially increase the length of trial and distract the jury’s focus from the central issue.

The insured also objected to the use of the mortgage application on the basis that it was inadmissible as bad character evidence. The court did note that in civil arson cases, courts routinely admit evidence of the insured’s financial history and financial circumstances in assessing motive. Nevertheless, the court excluded the mortgage application. In this case, admitting the application would have encouraged the jury to unfairly conclude that the plaintiff was more likely to commit arson and make a dishonest insurance claim because of his past conduct in relation to his mortgage application – an application that was entirely unrelated to the issues before the court. The court noted that this was a “textbook” example of inadmissible bad character evidence.

The court again considered the prejudicial effects of such evidence, the consequences of a prolonged trial, and that excluding the application would not prejudice the insurer’s ability to establish the insured’s financial circumstances at the time of fire.

Significance of the Court’s Findings

The court in Azami considered three factors in deciding the admissibility issue:

(i) the prejudicial effects of admitting evidence of prior conduct versus its probative value and, in particular, whether exclusion of the evidence prejudices the defendant’s ability to establish its defence;

(ii) whether the admission of the evidence would unnecessarily prolong trial due to the insured’s need to respond to the evidence; and

(iii) whether the jury’s focus would be distracted from the central issues in dispute.

This case serves as a reminder that insurers generally cannot admit evidence of an insured’s past dishonest behaviours or claims history. While this limits the insurer’s ability to satisfy its burden, the rule against bad character evidence ensures a fair adjudication of each case on its merits.

Victoria Yang Victoria Yang is an associate at Theall Group LLP and maintains a broad commercial litigation practice. She was admitted to the Ontario Bar in 2017 after having completed her articles at a prominent Ontario law firm. During her articles, Victoria worked on diverse commercial litigation disputes including those involving construction law, employment law, creditors’ rights, commercial leasing and insurance law matters.