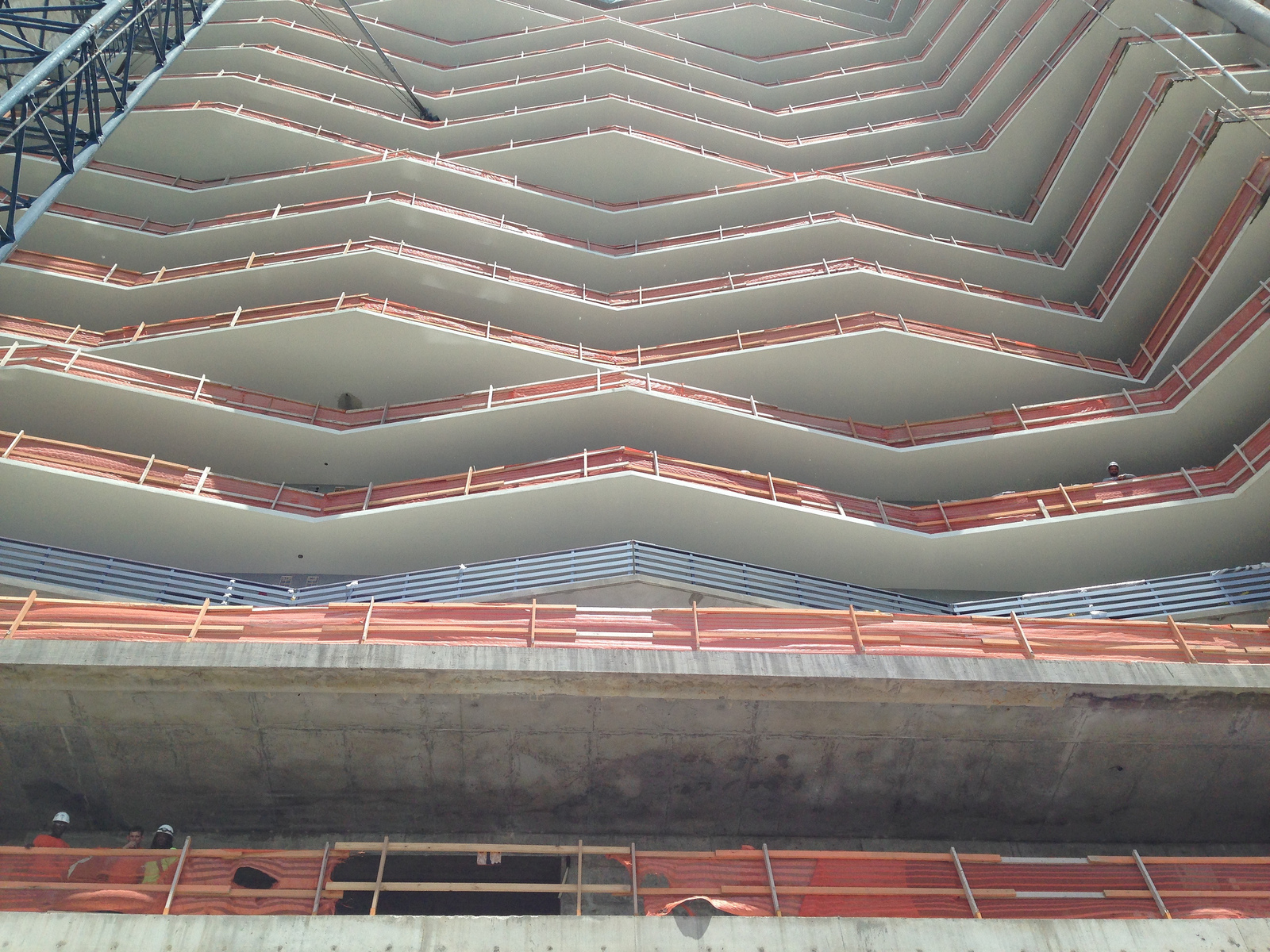 The British Columbia Supreme Court recently released its decision in Acciona Infrastructure Canada Inc. v. Allianz Global Risks US Insurance Company,[1] which considered for the first time in Canada the LEG 2/96 clause, a workmanship/design exclusion clause. The Court also re-affirmed a number of insurance interpretation principles, particularly in relation to Course of Construction (COC) policies, including the definition of “damage to insured property” and whether a loss must be fortuitous in order to trigger coverage. [show_more more=”Show More” less=”Show Less” color=”000000″ align=”center”]

The plaintiffs were the design/build contractors for a $250 million public-private partnership (P3) project, which involved constructing a new hospital in Victoria, British Columbia. The project called for an eight-storey concrete structure, consisting of suspended concrete slab floors.

During construction, the concrete slabs “over-deflected”, resulting in a concave recession in the centre of the slab. Although testing showed that the over-deflected slabs met the necessary safety requirements, the slabs were unfit to meet the serviceability standards of a large hospital that required level floors for wheeled equipment. The Court accepted the plaintiffs’ expert evidence that the cause of the over-deflection was improper formwork and shoring procedures that failed to account for the unusually thin design of the slabs. Extensive remedial work was required to correct the deflection. The plaintiffs sought recovery of the remedial costs incurred from the defendant insurers under a COC policy (the “Policy”).

The Policy’s insuring agreement provided coverage for “all risks of direct physical loss of or damage to the property insured”, subject to Policy exclusions. In denying coverage, the insurers made the following arguments: 1) the over-deflection of the slabs were defects, and therefore did not constitute “damage” within the insuring agreement; 2) the loss was not fortuitous; and 3) the “defects in material workmanship” or “design” exclusion (“LEG 2/96”) excluded all losses under the Policy.

The Court noted that a COC policy is intended to provide the owner of a construction project with the promise that the contractors will have the funds to rebuild in case of loss, and to the contractors, the protection against the crippling cost of starting afresh in such an event, the whole without resort to litigation in case of negligence by anyone connected with the construction, a risk accepted by the insurers at the outset. It is in this context that the Court embarked upon its analysis.

The Court held that the over-deflection (as well as surface cracking and stretching of the rebar) constituted “damage” under the Policy. The Court noted that while some degree of deflection and cracking is expected, the slabs experienced significant degrees of deflection throughout the facility, resulting in permanent deformity which rendered the slabs unfit for its intended purpose. The slabs were left in an altered physical state, which courts have held to be the touchstone for a finding of damage.

As to the requirement of fortuity, the court stated that fortuity is inherent in the Policy as the risk undertaken by the insurer is intended to insure against possible, unintended consequences. What is required to trigger coverage is that the damage is both unexpected and unintended from the standpoint of the insured. The Court found that the over-deflection and cracking were unintended and unexpected, as the slabs were not designed to deflect to such a degree as to render them unfit for their intended use. Therefore, the fortuity requirement was met.

The Court then considered what it noted to be the central coverage issue: whether the loss was excluded under the LEG 2/96 workmanship/design exclusion. The wording of the exclusion is as follows:

(b) all costs rendered necessary by defects of material workmanship, design, plan, or specification, and should damage occur to any portion of the Insured Property containing any of the said defects the cost of replacement or rectification which is hereby excluded is that cost which would have been incurred if replacement or rectification of the Insured Property had been put in hand immediately prior to the said damage.

For the purpose of this policy and not merely this exclusion it is understood and agreed that any portion of the Insured Property shall not be regarded as damaged solely by virtue of the existence of any defect of material workmanship, design, plan or specification.

The Court held that, as worded, the exclusion was not limited to defective design of the work or facility as a whole. Rather, it included any “defects of material workmanship, design, plan, or specification”, which would include defective design of component pieces of the work, including the formwork and shoring/reshoring. The failure to account for the particular design was, the Court found, a defect in workmanship within the meaning of the exclusion. However, the Court noted that, when read as a whole, what is excluded under the LEG 2/96 clause are only those costs that would have remedied or rectified the defect immediately before any consequential or resulting damage occurred.

The “damage” in this case was the cracking and over-deflection of the slabs. The “defect in material workmanship” was the improper formwork and shoring/reshoring procedures adopted that resulted in the damage to the slabs. Therefore, the LEG 2/96 clause excluded only those costs that would have remedied or rectified the defect before the cracking and over deflections occurred (i.e. the costs of implementing proper formwork and shoring/reshoring procedures or incorporating additional camber into the formwork), which would have been minimal. Ultimately, the plaintiffs were awarded over $8 million for their costs incurred in remedy the concrete slabs.

This decision provides a welcome and thorough review of the general principles of insurance policy interpretation, and for the first time, a Canadian interpretation of the LEG 2/96 workmanship/design exclusion. The Court in Acciona was clear: where insurers have language available to them that will remove an ambiguity from the meaning of an exclusion clause or will clearly specify the scope of an exclusion, they should incorporate such language. Otherwise, the normal principles of interpretation will apply, including the principle that coverage provisions will be interpreted broadly and exclusion clauses narrowly.

The decision also provides helpful clarity on the definition of “damage” under a COC policy and the requirement of fortuity to trigger coverage.